When The Office Tex began selling on Amazon Business in 2018, it found a way to reach new customers, scale growth and highlight its diversity credentials.

Thinking outside the box of traditional sales

When Rita Bonarrigo founded her company in 1999, B2B sales was a time-consuming process. Selling computer media backup tapes to oil and gas companies in Texas required a lot of driving and face-to-face meetings in order to build relationships with her clients. “Everything took so much time,” she remembers. Bonarrigo recognized that the business landscape was evolving, and fast. New technology and buying preferences were changing the nature of B2B sales, and the old labor-intensive sales model was no longer sustainable. She needed a way to scale up her company’s sales, adopt a new e-commerce model, and reach new customers beyond the confines of the Lone Star State.

To take advantage of the new demand for B2B e-commerce, Bonarrigo expanded the company’s catalog to sell a wider range of office supplies, targeted new government, education and other business customers, and in March 2018, started selling on Amazon Business. The Office Tex now sells far more than media backup tapes — it sells more than 100,000 items to customers around the world, everything from paper to toner to canned air.

“The Amazon name is our introduction, and that is a wonderful handshake to the customer,” says Bonarrigo.

Selling on Amazon Business has helped The Office Tex reach new healthcare and education customers — without the time-consuming legwork that business sales used to require.

“There’s no way I could hire enough marketing people to make our name known throughout the country the way that Amazon has.”

As soon as it began selling on Amazon Business, The Office Tex was confronted with a happy problem: it suddenly had almost more customers than it could handle. “The reach was almost overwhelming,” Bonarrigo recalls. “We found customers we didn’t even know were out there; there’s no way I could hire enough marketing people to make our name known throughout the country the way that Amazon has,” says Bonarrigo.

Not only has The Office Tex acquired more customers, it sells to larger buyers who operate beyond a regional scale. “Before, large customers didn’t want to work with you unless they thought you were large enough to handle their business,” says Randy Pfeiffer, VP of Sales. “Now they are willing to give it a shot.”

With so many new customers, revenue growth has shot up for the six-person company, and The Office Tex has been able to scale as needed as it forecasts continued sales volume. The company has seen consistent revenue growth since it joined Amazon Business, growing +40% from 2019 to 2020. The ability to highlight ownership credentials has been particularly helpful in attracting new business customers. Buyers on Amazon Business can search for businesses based on the ownership credentials they’re interested in or are required by law to support. The Office Tex holds a number of nationally-recognized credentials; it’s a certified Woman-Owned Business and is a proud member of the Women’s Business Enterprise National Council, which has local, state and national chapters. It’s also classified as a Disadvantaged Business Enterprise in Houston and a Historically Underutilized Business in Texas.

Bonarrigo notes that while there has always been an interest in supporting diverse businesses at the federal level, private businesses are increasingly interested in sourcing from diverse suppliers.

“The level of awareness is shifting now, and it’s very prevalent for large businesses to search based on diversity,” says Bonarrigo. “The fact that they can search for ‘woman-owned’ on Amazon Business is a huge benefit to us.”

The Office Tex credits much of its e-commerce success to ongoing support from the Amazon Business team. It received support at every stage of the adoption process and still regularly syncs with Amazon. After listing its first product, “Amazon could have said ‘sink or swim,’” Bonarrigo says, “But they held our hand all the way through. To this day, the care that’s taken and the time they’ve given us has been remarkable.”

Randy Pfeiffer agrees. “I give Amazon Business a lot of the credit, for being extremely helpful and making our products known,” he says.

Today, The Office Tex is looking forward to continued growth in B2B e-commerce. It wants to increase the average order amount, explore selling more furniture and continue to take advantage of sales analytics tools available with Amazon Business. It sees continued collaboration with Amazon Business as a major part of its future.

“You can only think so far out of your own box,” says Pfeiffer. “You have to have someone brainstorm and think with you, which the Amazon Business team has done for us.” 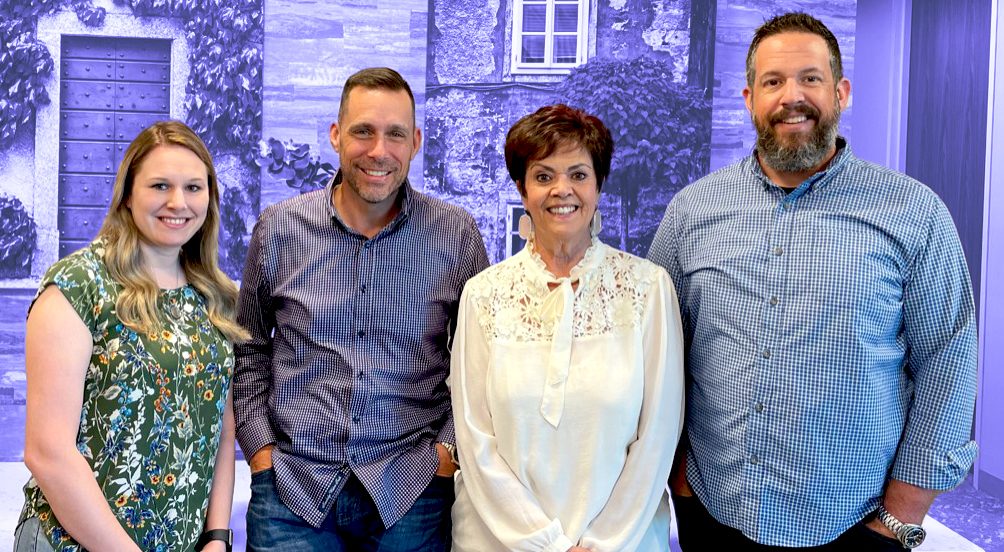 Back to Customer Success Stories

Connect with a customer advisor to get started

Translation
We'll translate the most important information for your browsing, shopping, and communications. Our translations are provided for your convenience. The English version of business.amazon.com, including our Conditions of Use, is the definitive version. Learn more

Additional languages
More languages are available from other Amazon websites.